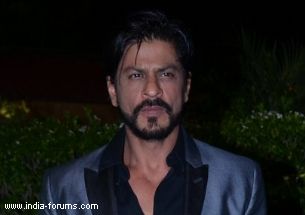 For superstar Shah Rukh Khan, the greatest way to count his years in the film industry is by his landmark movies.

"The greatest way for an actor to count his years is for each of them to be defined by a film. DDLJ ('Dilwale Dulhania le Jayenge') year...'Swades' year...KKHH ("Kuch Kuch Hota Hai") year...and so on," Shah Rukh posted on Twitter Tuesday.

His film "Swades" completed nine years Tuesday. The superstar said that since the making of the film was so close to his heart, he could not bear to see it end and hence he never saw the film.

"Making 'Swades' was such an emotionally overwhelming experience that I never saw the finished product. Didn't want the feeling to end," he said.

The 47-year-old also thanked "Swades" director Ashutosh Gowariker and his team for the project.

"Thank you Ashutosh for changing my life. Gayatri (Joshi), A.R. Rahman and Javed (Akhtar) sahab for helping calling 'a Swades a Swades'. Respect," he said.

The film received critical acclaim but it did not enjoy a great run at the box office.

Priyanka Chopra praises Sonu Sood as UNDP confers him with ...
48 minutes ago