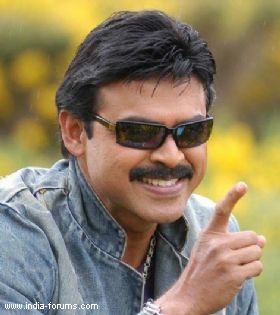 Actor Daggubati Venkatesh-starrer Telugu thriller "Drishyam", an eponymous remake of a Malayalam blockbuster, has been passed with a U certificate by the Central Board of Film Certicification - and without cuts.

The film is slated to release Friday all over.

"We are thrilled as 'Drishyam' is cleared without any cuts. This is a wholesome family entertainer and we knew it will connect with each and everyone," producer Suresh Babu said in a statement.

Directed by Sripriya Rajkumar, "Drishyam", which also features Meena and Nadiya in important roles, is about a man's struggle to protect his family.

The film, which has already been remade and released in Kannada as "Drishya", is also set to be remade in Tamil as well with Kamal Haasan.