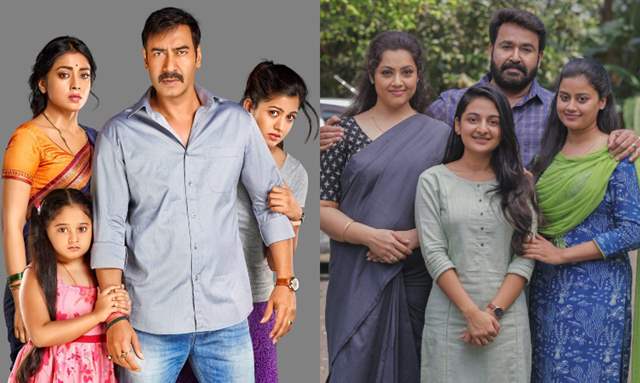 The makers of Drishyam recently announced 'Drishyam 2' - the sequel to Ajay Devgan, Tabu and Ishita Dutta starrer which released in 2015. In its official announcement, it was reported that Kumar Mangat will helm the film with Panorama Studios.

However, in a shocking turn of events, 'Drishyam 2' has landed in trouble as Viacom 18 Motion Pictures - co-producer of the first part - have legally objected against Mangat's move as they claim that the film's rights belong to them too.

The south hit 'Drishyam 2' originally starred the Malayalam superstar Mohanlal and a few recent reports had that Ajay Devgn and Tabu will reprise their roles in the Hindi sequel of 'Drishyam', reported ETimes.

The first part of the Hindi remake was directed by late filmmaker Nishikant Kamat and produced by Viacom 18 Motion Pictures, Panorama Studios and Kumar Mangat.

The ETimes report quoted a source talking about the same and said, "Viacom 18 Motion Pictures have told Mangat that they cannot be dissociated from this project. They have also told him that he cannot make 'Drishyam 2' on his own or with someone else. The very fact that Mangat yet went ahead to set up the stage for it has irked them and hence, they've filed a legal complaint against him. The first hearing of the case in question is going to be held, very soon."

Meanwhile, it is also being reported that at the time of going online, Mangat had informed Viacom 18 Motion Pictures about his intention but they had chosen to ignore him.

The film has been remade in numerous languages, including Hindi.  After the success of 'Drishyam 2 - The Resumption', The production house is all set to repeat the success formula with the Hindi remake version of it.

11 days ago Who will direct the film? Is Ajay Devgan returning?