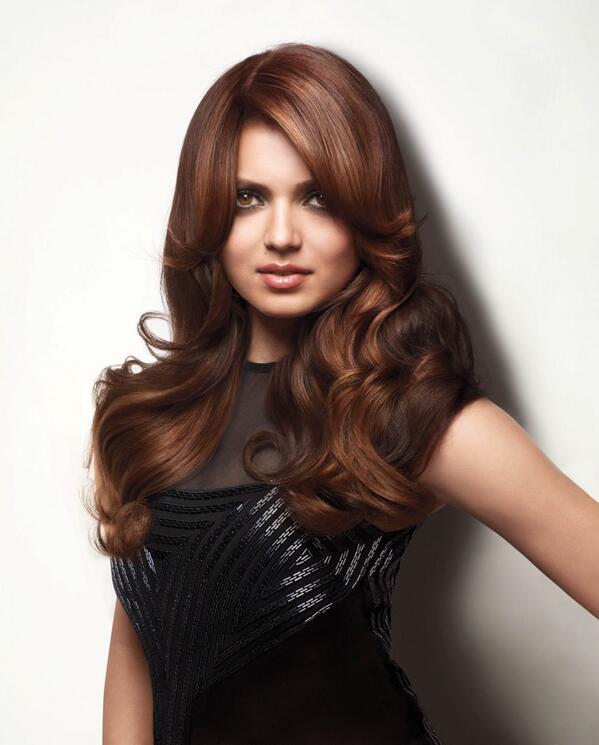 Popular TV actress Drashti Dhami has been roped in as the face of MATRIX India's hair colour brand - SoColor - and she is excited about her association.

"I'm most excited to be part of creating and showcasing the latest cut and colour looks from the brand," Drashti, known for her title role in the daily soap 'Madhubala - Ek Ishq Ek Junoon', said in a statement.

Drashti will be seen in SoColor's new campaign - Color with Confidence - which features her in a never before seen avatar.

Her look has been created using a Caramel Twist technique, developed by the MATRIX technical and artistic teams.

Inspired by the concept of a twist with two tones, the look showcases an interplay of dark and light tones of SoColor's warm brown shades.

Talking about it, Drashti said: "The shades of SoColor have been designed to complement Indian skin tones and work on our naturally dark hair. I would recommend SoColor for both everyday wearable hair color and for a stunning, head turning look."

This will be the first of many trendsetting looks that will be unveiled by the brand during the course of the campaign.

"We are confident that our audience will love seeing their favorite TV star in the new looks that she will showcase for the brand," said Monalisa Dowerah, marketing manager, MATRIX India.

6 years ago Drashti Dhami u are one in a million

6 years ago Good night baby I was busy today ...hope you are enjoying with your Family and friends