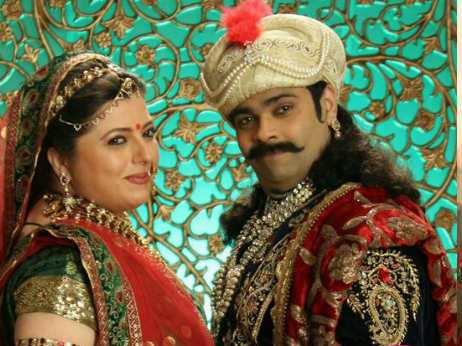 As the colourful Holi festival is around the corner, television shows are gearing up to showcase this joyful festival with the much needed drama to it. One such show to celebrate Holi is Big Magic's comedy historical show Akbar Birbal.

Our source says, "There will be a Lathmaar Holi celebration, where as per the ritual women hit men. It will be a waterless holi celebration as at that time there were no pichkaris and it also gives a message of saving water. Also Akbar (Kiku Sharda) will announce the marriage of Urvashi (Kishwer Merchantt) with Birbal (Vishal Kotian). Thus, the Holi celebration will bring lots of happiness on the show Akbar Birbal."