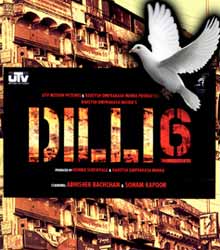 Sooraj Barjatya's 'Maine Pyar Kiya' had a pigeon song that became popular and 20 years later Rakeysh Omprakash Mehra has a dove song in his forthcoming film 'Delhi-6'. He says it was not part of the original plan.

'The song was not really meant to be part of the narrative. I mean, who would think of putting in a song about a dove in a film like 'Delhi-6'? It just happened. When I came to the pre-climax portion of my script, I was stuck. I needed a continuity link taking the narrative to its finale,' Mehra told IANS.

Mehra's much talked-about 'Delhi-6' has a large cast including Amitabh Bachchan, Abhishek, Sonam Kapoor and Gulshan Grover as well as a dove named Masakali who serves as the romantic leitmotif in the plot. 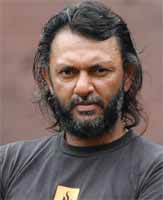 composed in its honour. The song 'Masakali' is sung by Mohit Chauhan whose voice A.R. Rahman had used in 'Rang De Basanti'.

'When I narrated the scene to Rahman, he said, 'I can see a dove here'. I was taken aback. I had never mentioned Sonam's dove to Rahman. How did he know about it? That's how the song 'Masakali' was born,' said Mehra.

Mehra says the songs fit well in the plot of the movie.

'When Rahman and I did 'Rang De Basanti', we didn't think about anything except how well the songs and music fitted into the plot. The music of 'Delhi-6' is again designed only for the film. The dove song 'Masakali' makes sense only within the parameters of our plot.'