View Profile
A controversy before the release of the film is very common in Bollywood. Such controversies often become a source of promotion for movies. But did you ever thought of ‘Dostana’ getting into controversy?

It happened like the movie was originally suppose to be 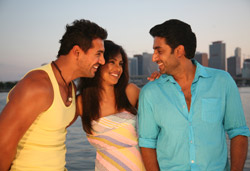 Featured Video
produce by Pritish Nandy Communications but some how it did not worked out with them. However, by that time the director has already recorded two music tracks with Vishal and Shekhar for the movie.
One of these tracks is ‘Kuch kum’ that is used by the director for his official directorial venture ‘Dostana’ that resulted into controversy. The matter gripped such a height that PNC sued Dharma Productions and even threatened to stop the release of the film.
However, Karan handled the matter wittily and had an out-of-court settlement of Rs.3 crore with PNC.
Finally, after a lot of buzz about its re-shot, song controversy movie is all set to release on 14th November 2008, with 1000 prints. In India alone, the movie will have 700 prints along with digital prints and over 300 prints overseas.
The movie is being released in U.S on occasion of ‘Thanks Giving.’ 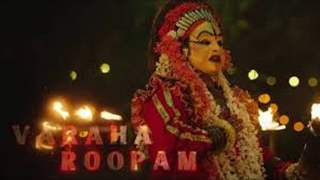 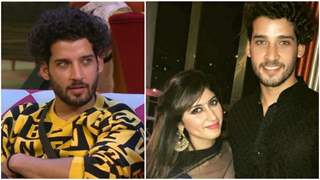 My divorce wasn’t turbulent; don’t think it would cause a controversy: ...