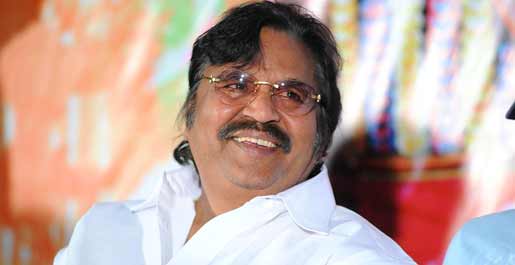 Veteran filmmaker Dasari Narayana Rao, who has directed over 100 films, says he cannot make films anymore that will match the taste of current audiences'.

He says he would rather concentrate on producing films with young talent.

"I just feel I can't match the expectations of the present audiences' with my type of films. Recently, actor Pawan Kalyan told me that I'm suppose to directing films and asked me to direct him. I gave him the same reason," Dasari told IANS.

"Moreover, Pawan is a star and I can't risk his reputation. Since he wanted to work with me, I've decided to produce a film with him. We plan to rope in a popular director for this project," he said.

Remaining tight-lipped about the project, Dasari confirmed it won't deal with any political subject.

"The script work is going now. Pawan and I decided to not make any political film. It'll be something his fans would love for sure," he said.

"I'm still not sure why that film didn't work. It was a huge hit in Tamil. More than that, what attracted to me was the lovely story about the relationship between a grandfather and his grandson," he said.