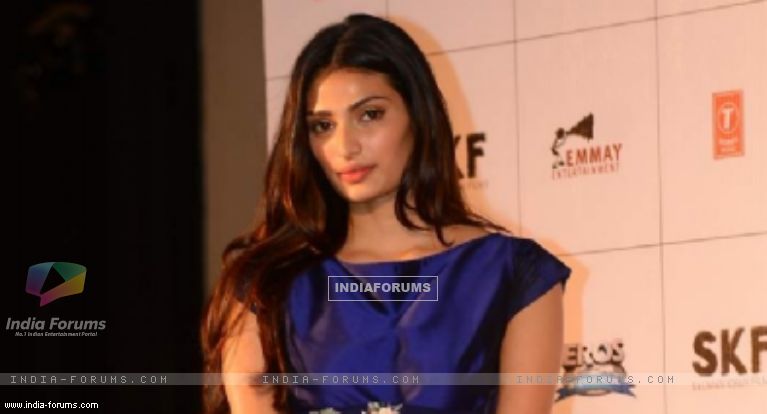 Actress Athiya Shetty, who is going to make her Bollywood debut with "Hero", is says she doesn't have the words to express her gratitude for superstar Salman Khan.

"I don't think I have words to express on how I feel for Salman sir. He has given us the biggest platform and break..." the daughter of actor Suneil Shetty told reporters at an event here.

"We are here because of him," said Athiya and her co-star Sooraj together.

Directed by Nikhil Advani, "Hero" is co-produced by Salman Khan and is slated is slated to hit the theatres on September 11.

+ 5
5 years ago Love u salman khan! the song main hoon hero tera is amazing! all the best!