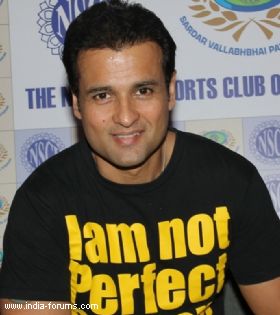 Mobile phones may have become an integral part of people's life, but the facility comes with hazards, says actor Rohit Roy. He requests parents to keep children away from the device and use it with caution.

The actor, known for his TV shows like "Swabhimaan" and movie stint in "Shootout At Lokhandwala", took to Twitter to talk about the cons of mobile phones.

He also wrote that his posts shouldn't be interpreted as "preaching" rather they should be treated as "information".

"Cell phones are dangerous in a way that u don't realise It's a debilitating device which will affect ur skin n nervous system if used excessively or incorrectly. Keep it away from u while sleeping," wrote the actor who himself is a parent.

"Hold it far from ur ear while talking At least half an inch. Better still use a headset, not bluetooth but corded one

"And definitely don't give ur kids the phone Not even to play They are most susceptible to radio waves as their skins are thinner," he said in his posts.

The actor, who directed a film called "Rice Plate", feels that speaking on mobiles has become such a habit that landlines are "almost extinct in homes".

"Please, please take a few simple precautions as it'll help u stay away from the ill effects... We are all dependent so let's be responsible," urges the actor.