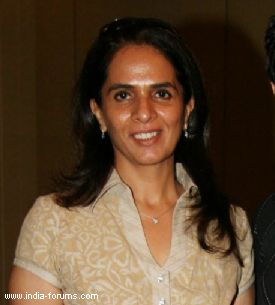 "It's an honour for us to be associated with the UN for this superb initiative and it was a wonderful experience creating a special look for Celina. The colour and silhouette dichotomy symbolised the Free and Equal spirit of the campaign," Dongre said in a statement.

"We worked on an Indo-fusion look and teamed a lime green sheer choli with gota patti work paired with a hot pink embroidered lehenga skirt and completed the look with a cummerbund and jewellery from my Pinkcity collection," she added.

Celina, who has made her singing debut with the clip's soundtrack titled "Uthe sabke kadam", said: "It's been wonderful to see this project come together, and to see so many talented creative people getting involved, giving their time and ideas for free.

"The more people watch this video and can share it with everyone they know, the further our message of acceptance and equality will spread."

Talking about trying her hand her music, the former beauty queen-turned-actress, said:

"The best way to reach people across borders and language and cultural barriers is through music and I am most blessed to be able to contribute my musical debut to such a good cause."