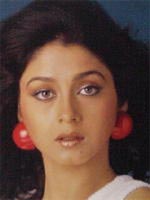 Dolly Minhas who was last seen playing the grey-shaded Veera in Star Plus' Grahasti will be seen as a new addition in the second season of Baa Bahu Aur Baby on Star Plus.

Talking to Telly Buzz, the actress said, "I play Tai Maa of Birju (Amit Verma); she is the wife of Birju's father's elder brother. She is an NRI who stays in New York. Actually after the death of Birju's dad and her husband, she handles the whole house, and treats Birju as her son. When she comes to know that Birju is getting married, she comes down to Mumbai. Problems start when she gets to know that he is marrying a handicapped girl Baby".

When asked about the duration of her role, she quips "It is cameo which will go on for four to five months".

If sources are to be believed, Baa Bahu Aur Baby will be back sometime in August, and will be a daily.

phadukaran 11 years ago yeah..... I can't wait to see Gatu, Chaitali, the bhabhis, and praveen bhai

AVFAN 11 years ago Wow heard abt BBB after long...but poor Baby a new hurdle for her(not to worry Birju will support her)

Janmashtami 2020: Urvashi Rautela wishes for good health and ...
18 hours ago