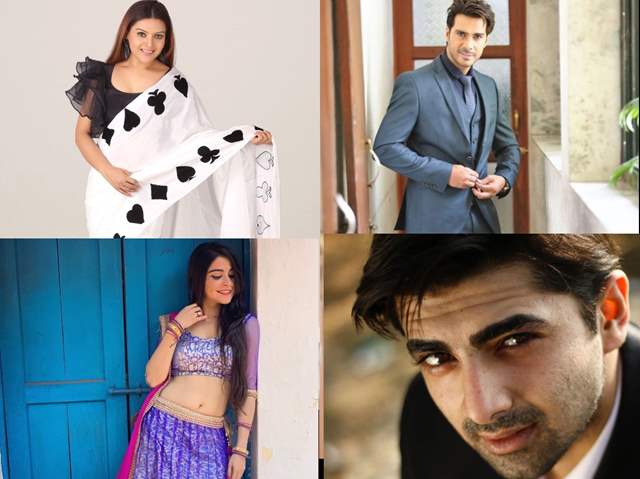 Rajan Shahi's popular TV show "Yeh Rishta Kya Kehlata Hai" (YRKKH) has made a special place in the audience's heart. The show, which is produced under the banner Director's Kut Productions (DKP), has been on-air for over 11 years, and the story still feels like a breath of fresh air.

And before everyone gets busy with the Diwali celebration, we spoke to a few cast members of YRKKH about their love for the show, and also their Diwali plans. Here's what they had to say:

Samir Onkar, who plays Samarth Goenka in the show: Considering the pandemic, we are not doing anything big. It will be a celebration just with the family and maybe a couple of friends at home. It's difficult to choose one best thing about our show, but I will start with our producer, and the entire team of DKP, excellent writers, fantastic co-actors, and the entire vibe of the set is very positive. So, there are so many things that I like about our show. As far as working with the production house is concerned, it is my second home, I think that says all.

Shehzad Shaikh, who essays Naksh in the show: If I have an off on Diwali then I will drive down to Ahmedabad and will spend time with my family. The best thing about my show is that it is one of the best shows on Indian television. And I am honoured and lucky to be a part of it, and I know it will always be the biggest thing that I have done in my career. I can say that I have never worked with a better production house than this. They take care of their people and Mr. Rajan Shahi is one of the most kind-hearted, generous people that I know. I thank my lucky stars that he thought I could be worthy of the role of Naksh. I am going to be completing two years with Director's Kut Productions and it is one of the highlights of my career.

Harsha Khandeparkar, seen as Keerti Singhania in the show: I plan to go to my hometown Goa if I get an off on Diwali. I would love to spend the day with my family. The best thing about my show is that in a world so divided, it instills values, ethics, traditions, and togetherness, something that we seem to be forgetting in today’s times. I can go on about my production house, but I would just sum it up by saying that it is the most reputed production house in the industry and I’m honoured to be a part of the Director's Kut Productions.

Shilpa Raizada, who plays Surekha Goenka: This year the celebration will be different not because of COVID, but because two of my best friends are visiting me on Diwali. The festival is generally celebrated with family, but I am not able to go home this time and so my friends are coming to meet me. On November 11, I completed four years in YRKKH. It's an amazing feeling to be a part of such a big show. I feel so proud to be associated with Director's Kut Productions, it feels like home.

Ruhi.007 16 days ago Does the production team write their interview scripts too