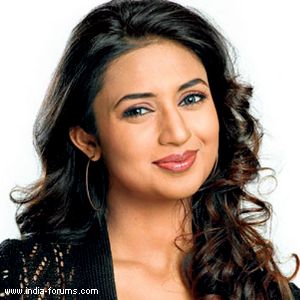 Divyanka Tripathy who is currently seen as Dr Ishita Raman Bhalla in Balaji's show, Ye Hai Mohabbatein on Star Plus has banned smoking on the sets of the show. It had been difficult for her to shoot and even suffered a throat infection due to the cigarette smoke.

The pretty actress talks to us in detail about the incident...

Pretty Divyanka whose voice got choked because of the smoke requested the people of not to smoke however, the people did not take her request seriously, "Actually it was affecting my health and my voice choked because of the smoke on the sets. Earlier also I had requested them of not to smoke as it's creating problem but they thought that I was not serious," she says.
She further added, "Later when they saw my situation, everybody stopped smoking on the sets. They understood that I've bronchial infection. It was the same situation when I was doing Mrs. & Mr. Sharma Allahabad wale. Also there are children on the sets and it's not good for them too. Passive smoking is not good at all."
We also heard that Divyanka had fined people who smoked on the sets. So when asked her about the same, she laughingly said, "Oh My god... well its nothing like that and this news has been exaggerated. My team is very nice and helpful so I didn't had chance to charge them. Even today when somebody wants to smoke, they show me the cigarette and says that looks we are going out to fag."
Smoking is injurious to health... All we can say is that you are doing a great job Divyanka.!
99 Likes

Niistaa 6 years ago Divyanka Tripathi you rock girl!
You are an angel in disguise
Ye hai mohabbatein rocks

gitapun 6 years ago Divyanka Tripathy you go girl
You rock

The soul of Ye Hai Mohabbatein.

ThruMyEyez-Nita 6 years ago Way to go Divyanka Tripathy!!! You and Karan Patel are doing a fabulous job in Ye Hai Mohabbatein

soni595 6 years ago It's a good cause. Keep up the amazing work Divyanka Tripathy.

it was sweet of everyone to co operate