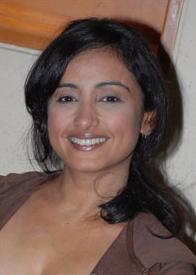 Actress Divya Dutta, who won many hearts with her amazing performances in Delhi 6, Morning Walk and Welcome to Sajjanpur, has recently signed some Hollywood projects. One among them is called 'Hliss' and she says that it's one of her best roles to date.
The film is directed by Jennifer Lynch and also stars Irrfan Khan and Mallika Sherawat. Mallika plays the female lead, while Divya will be seen as Irrfan Khan's love interest. The film is about a snake-woman, whocan exist between human and snake bearing physical transformations.
When asked about her role, Divya said that this is one of the most challenging roles she has ever received. She seemed extremely excited about the opportunity.
Apart from 'Hliss', Divya has two more Hollywood projects lined up. One of them is 'Heart Land', directed by Emmy award winning director Fred Holmes.
Great going Divya, wish you all the best!
3 Likes

Sanjay Gagnani tests negatieve for COVID 19, to resume ...
36 minutes ago

Gurmeet Choudhary and Debina Bonnerjee test positive for ...
48 minutes ago