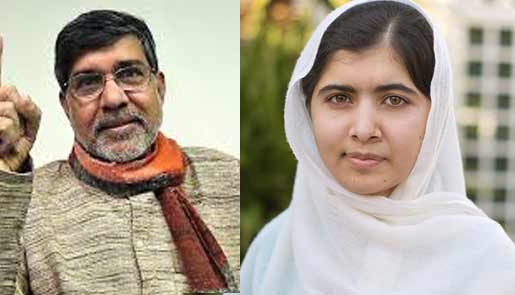 Filmmakers and actors from the Hindi movie industry Friday came forward to congratulate India's Kailash Satyarthi and Pakistan's Malala Yousafzai for winning the Nobel Peace Prize, and rooted for peace between the two countries.

Satyarthi is a child rights activist, while Pakistani teenager Yousufzai is known for standing up to the Taliban and surviving a near-fatal shooting.

Madhur Bhandarkar: Delighted that #KailashSatyarthi & #Malala have been conferred #nobelprize2014! Proud moment for all who believe in world peace & prosperity.

Siddharth: Malala Yousafzai continues to be the most important young lady of this generation. Not yet 18. Nobel peace prize winner. #salute

Pritish Nandy: How wonderful to see the Nobel Prize guys sidestep all the predictable choices and award Kailash Satyarthi, a man who rarely attracts media. Hopefully now, the cause that Kailash Satyarthi so strongly espouses will get some more media attention and become mainstream.