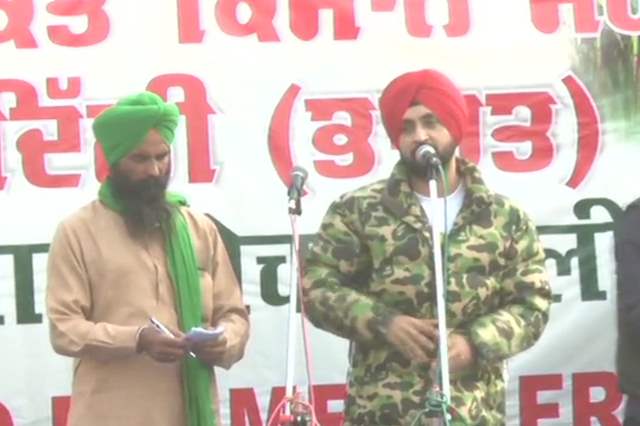 The last couple of days have been full of turmoil for the farmer's protest against the Government. From being violently attacked to extremely heart-breaking images surrounding on the internet, the saga continues to be the talk-of-the-town. And while we are talking about what's buzzing, how can we not mention actor Diljit Dosanjh's rollicking set of replies to actor Kangana Ranaut. The two's spat on Twitter has been talked about everywhere and almost every other person on Twitter including an array of actors and public figures have hailed Dosanjh for rightfully showing the truth against Ranaut and reminding the latter on what the issue is and how it needs to be highlighted.

A loved man especially with the Sikhs and Punjabis, Dosanjh has taken a step forward now to extend his support and give any contribution he can in having the farmer's demands getting fulfilled.

According to an ANI report, Dosanjh recently came at the Singhu Border where he extended his support to the farmers. He urged the government to accept the demands made by the farmers. "We have only one request to Centre..please fulfil the demands of our farmers. Everyone is sitting here peacefully & entire country is with farmers."-

He further added, "Hats off to all of you, farmers have created a new history. This history would be narrated to future generations. Farmers' issues shouldn't be diverted by anyone"-

Apart from Dosanjh, an array of actors have come forward to extend their support and opinions on this on-going protest which has further been an actual conversation.

pooja_shineStar 1 months ago More power to him!! When no one in Bollywood had the eggs to post/share/stand up for the farmers - he came as a ray of sunlight!