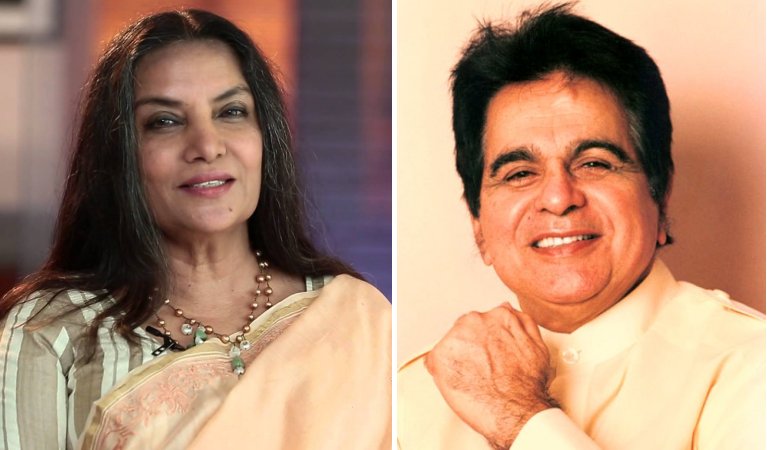 Shabana on Tuesday replied to Dilip's Eid Mubarak message on Twitter and wrote:


The 94-year-old actor, who made his acting debut with "Jwar Bhata" in 1944, was born as Muhammad Yusuf Khan. He later adopted the screen name Dilip Kumar.

Dilip Kumar was last seen on the big screen in the film "Qila" in 1998. He was honoured with Dadasaheb Phalke Award in 1994 and Padma Vibhushan in 2015.

He has worked in hit films like "Devdas", "Mughal E Azam", "Ganga Jamuna", "Kranti" and "Saudagar".

Deblina Chatterjee to be seen as Lakshmi in Vighnaharta ...
a minute ago

Here’s why Akhilendra Mishra initially denied playing the ...
3 minutes ago

Sushant Searched about Painless Death, Trouble in ...
10 minutes ago

Rishina Kandhari talks about resumes shooting, her perfect ...
32 minutes ago

Yeh Rishta Kya Kehlata Hai: Kartik to take care of his ...
43 minutes ago

Sushant Singh Rajput fans gear up for a second round of ...
43 minutes ago

Sushant’s Brother-in-law Messaged, ‘Please Keep My Wife Away ...
53 minutes ago