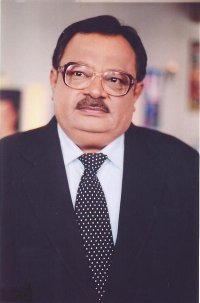 TellyBuzz had earlier reported about Sejal Shah and Dilip Darbar making their  entry in SAB TV's Papad Pol.  But the latest update is that in place of Dilip Darbar,  Sharad Vyas (fame Maniben.com) will enter.

A source states, "Dilip Darbar was almost finalized to essay the role opposite to Sejal Shah. But later on he had some date issues as he was also busy with few other projects. He could not make adjustments to be part of this show and later on Sharad Vyas last seen in Maniben.com got finalized to essay his role."

Sharad Vyas will be essaying Vasant Masa, husband of Lata Masi (Sejal Shah) who is a happy go lucky person and will also join hands with Kokila (Ami Trivedi) to bring Kantaben and Lata together again.

We tried hard to reach Sharad Vyas but all our efforts were in vain.

We contacted Sejal Shah and she confirmed, "Yes, It's Sharad who is essaying my husband Vasant. We are still shooting for the show."

Watch this space to get more details…

simran1285 11 years ago I understand that at such a young age the child has gone through a lot of atrocities but isn't it a bit too early for an autobiography?