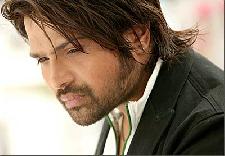 Featured Video
Where Himesh is still busy shooting for Pooja Bhatt’s Kajraare, dad Mahesh Bhatt has already thought upon signing the actor for his another untitled film which is going to be a remake of 1934 classic It Happened One Night. The film which starred Clark Gable and Claudette Colbert narrates the story of a spoiled heiress, who runs away from her family and is helped by a man who’s actually a reporter looking for a story. As luck would have it they fall in love. Mahesh Bhatt has previously made Dil Hai Ki Manta Nahi whose plot was also similar to this Hollywood flick. Seeing him work on the re-make of this flick for the second time, it seems Mahesh just loves this movie.