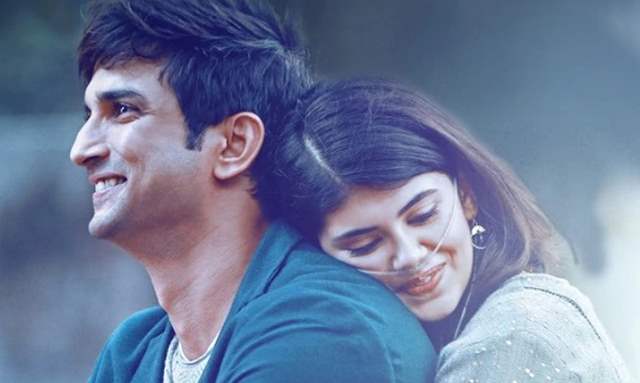 The much-awaited trailer of Dil Bechara is finally out. Starring Sushant Singh Rajput and Sanjana Sanghi, the film is based on Shailene Woodley and Ansel Elgort’s The Fault In Our Stars. Directed by Mukesh Chabbra, the film revolves around two young people fighting the battle of cancer and thriving against the struggles to find the little joys of life.

Sushant and Sanjana as Manny and Kizie will take you on an emotional ride of love, adventures, struggles and happiness. The hard-hitting story of two people fighting for life and love will win you over.

In the trailer, Sushant as Manny says: "Janam kab lena hai aur marna kab hai, hum decide nahi kar sake (We cannot decide when to be born or when o die)", and you can feel the emotions shoot right up.  The film will mark Sushant’s last appearance on the big screen, which makes it extra special and will also make you miss the late actor even more.

Also Read: ‘Sushant Will Live On In Me Till My Last Breath’ says an Emotional Mukesh Chhabra as He Shares Dil Bechara Trailer

Here is the trailer of Dil Bechara that will leave you smiling, aching and in tears at the same time.

Previously titled 'Kizie Aur Manny', 'Dil Bechara' is the Hindi adaptation of the bestseller 'The Fault In Our Stars' that starred Shailene Woodley, Ansel Elgort as Hazel Grace Lancaster and Augustus Waters.

Dil Bechara will release on Disney+ Hotstar on July 24. The coming-of-age romantic drama film also stars Saif Ali Khan in a pivotal role. The streaming platform has made the film available for free to all viewers as a tribute to Sushant who died by suicide on June 14 2020.

Earlier, sharing the poster of his directorial debut film Dil Bechara, filmmaker Mukesh Chhabra had penned an emotional note in memory of Sushant Singh Rajput. "Sushant was not just the hero of my debut film as a director but he was a dear friend who stood by me through thick and thin. We had been close right from Kai Po Che to Dil Bechara. He had promised me that he would be in my first film. So many plans were made together, so many dreams were dreamt together but never once did I ever imagine that I would be releasing this film without him" he had written.

Mukesh also added, "There can be no better way to celebrate him and his talent. He always showered immense love on me while I was making it and his love will guide us as we release it. And I'm glad that the Producers have made it available for everyone to watch. We are going to love and celebrate you my friend. I can visualise you with your beautiful smile blessing us from up above. Love you."