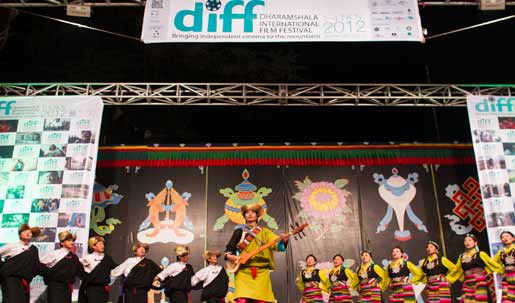 An assortment of independent and short films will be presented at the third edition of Dharamshala International Film Festival, starting Oct 30 at McLeod Ganj and the movies from Middle East, Tibet and China will be in focus.

Ritu Sarin, one of the festival's directors, said this season would also host noted names from Indian and international film circuit.

"This year, we have films with strong focus on the Middle East, Tibet and China. We also have strong contingent of first feature films, both from Indian scene and from abroad," Sarin told IANS.

"Debut feature filmmakers Geetu Mohandas and Chaitanya Tamhane will introduce their films, "Liar's Dice" and "Court" respectively. And Both - Rajat Kapoor and Hansal Mehta - will be present at the festival with their films - 'Aankhon Dekhi' and 'Citylights'," she added.

Some prominent international filmmakers, including exiled Tibetan filmmaker Tenzin Tsetan Choklay who will attend the fest for the India premiere of his documentary "Bringing Tibet Home", about contemporary Tibetan artist Tenzin Rigdol's art installation in Dharamshala.

Choklay is based out in New York.

"Also, Finnish filmmakers - Donagh Donagh Coleman and Lharigtso - will be at DIFF to present their film - 'A Gesar Bard's Tale'," said Sarin.

This year the festival is also launching the DIFF Film Fellows programme, an initiative to encourage emerging filmmakers from the Himalayas to give them a chance to interact with noted names.