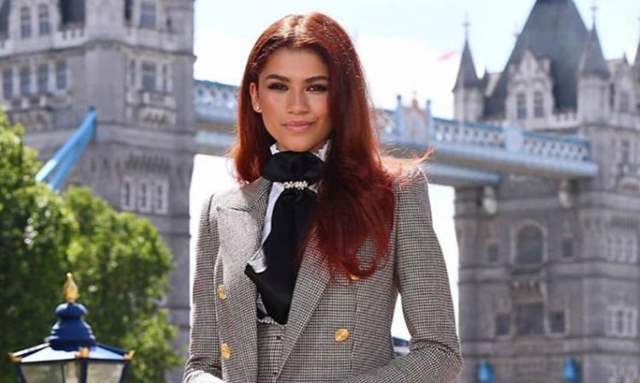 Every comics and marvel’s fan knows about Spider-Man and his iconic love-story with Mary Jane Watson. But, when the makers of Spider-Man denied that the latest reboot version, starring Tom Holland, did not have his love interest Mary Jane Watson, the fans were disappointed.  Time and again, the Marvel executives have denied rumours surrounding Zendaya's character in the new Spider-Man movies to be that of Mary Jane Watson.

But with her latest pictures Zendaya, where she has dyed her hair red, is making netizens wonder if she is MJ!

If you remember, Zendaya did introduce herself as Michelle but her friends call her MJ in Spider-Man: Homecoming. As the actress was busy promoting the upcoming film along with Jake Gyllenhaal and Tom Holland, fans couldn't help but notice her luscious red locks and connect the dots that go back to Spidey's lover, Mary Jane Watson or lovingly called, MJ.

From the trailer of the upcoming Spider-Man film, it is quite evident that Michelle aka MJ is Peter Parker's love interest. In fact, she also figured out his big superhero secret and let him know that his secret is safe with her.

None of the Marvel executives or even the actors have gone on the record to confirm the speculations. Is it possible that with Spider-Man: Far From Home, Michelle will be rechristened to Mary Jane Watson? Well, if this happens, that will surely be a treat to watch.

Very recently, during an interview, Tom Holland spoke about how Robert Downey Jr means a lot to him. Much like Tony Stark meant to Peter Parker. "RDJ (Downey Jr) means so much to me. He is such a role model for me when I was a kid and before I'd met him. And then to get a chance to work with him and to get to know him was really a dream come true. He holds a special place in my life like Mr Stark does in Spider-Man's journey," Holland said in an interview.

Rhea Made Financial and Professional Decisions on Sushant’s ...
2 minutes ago

Thor actor Chris Hemsworth says, “I love the place and the ...
4 minutes ago

Sherrin Varghese marks his comeback with Aneri Vajani & ...
44 minutes ago