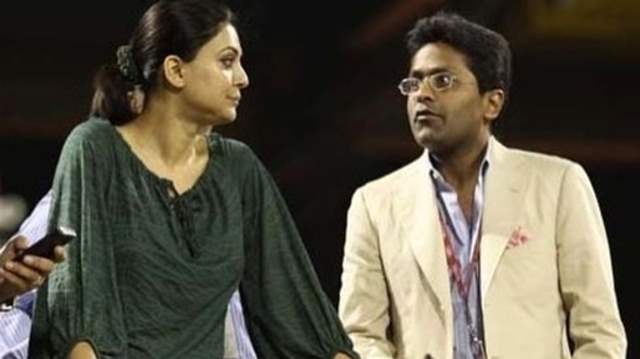 Bollywood actress, Sushmita Sen, and former Ipl founder Lalit Modi made their relationship public a little over a month ago, it instantly went viral online. However, since Modi altered his Instagram bio and profile image, rumours about their breakup have begun to circulate.

The IPL founder and business tycoon announced his relationship with Sushmita on his social media space on July 14th this year.

Proclaiming his love for the former Miss Universe, he also changed his profile picture on Instagram, along with his bio. It read, “founder @iplt20 (Indian tricolour emoji) INDIAN PREMIERE LEAGUE (cricket emoji) finally starting a new life with my partner in crime. My love @sushmitasen47.”

But now, the situation has changed, which has led to breakup rumours. Modi erased the section about Sushmita from both his bio and his display photo. The pair hasn't released a formal statement, though.

For the unversed Back in July, he shared a slew of pictures with Sushmita on his Instagram space from their holiday together. Sharing the photos he wrote, "Just back in London after a whirling global tour #maldives # sardinia with the families - not to mention my #better looking partner @sushmitasen47 - a new beginning a new life finally. Over the moon. In love does not mean marriage yet. But one that by God's grace will happen. I just announced that we are together" 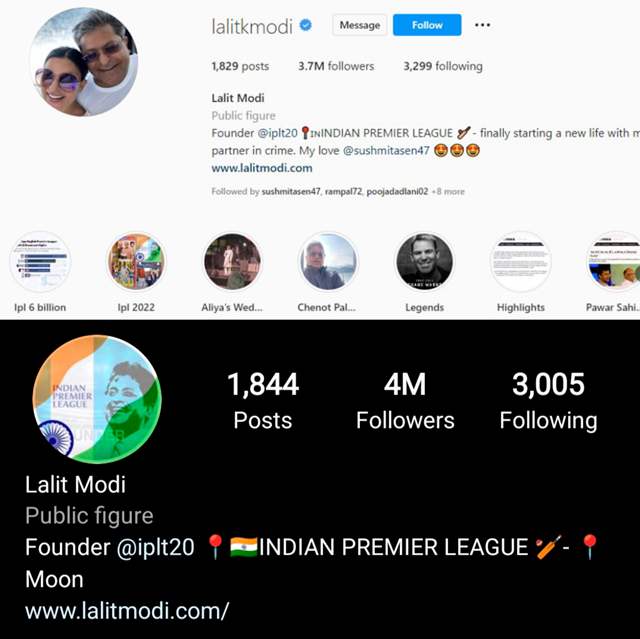 Also Recently, Sushmita was spotted with her ex-beau Rohman Shawl quite a few times, which left netizens asking about Lalit Modi. Although Sushmita and Rohman announced their break up last year, they maintain a good bond