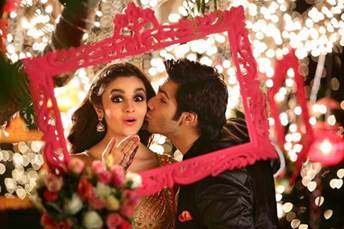 Ever since they set foot on the stage at Lifebuoy DID Lâ€™il Masters, it has been a journey of learning and growth for the super-talented brat-pack. Amidst all their tomfoolery and mischief, the Lâ€™il Masters took the challenge to all new level and have left the entire nation spell-bound with their â€˜bachchagiriâ€™ and unmatched dancing skills, proving that age is inversely proportionate to talent! The competition for the coveted cup of DID Lâ€™il Masters is intensifying with top 4 contestants-Hardik Ruparel, Anushka Chetri, Teriya Magar and Sadhwin Shetty, putting their best foot forward to realize their dream of winning the ultimate recognition â€“ The Golden Super Wings. These 4 finalists are ready to rock the stage one last time to prove their mettle in the Grand Finale which will go LIVE from Pune on Saturday 21st June 8 PM onwards, only on Zee TV.

The Grand Finale evening will see the handsome Varun Dhawan, promoting his upcoming romantic comedy â€˜Humpty Shrama Ki Dulhaniaâ€™ and his blockbuster movie â€˜Main Tera Heroâ€™, which will soon be telecast on Zee cinema. Known for his nimble dance moves, one can expect nothing short of a breathtaking performance by the charming Jr Dhawan. He is all set to sweep you off your feet with his power-packed act to a medley of his blockbuster songs. The DID Lâ€™il Masters Grand Finale will not just be an extravaganza of dance but one packed with delightful interludes of comedy, courtesy the hilarious duo of Bharti Singh and Jay Bhanushali who will co-host the finale. Grand Finale will also showcase an array of dazzling acts by extraordinary talents like Prince, Dharmesh Sir and Lâ€™il Masters from the previous seasons Rohan, Tanay, Om, Saumya.

LOVE_DMG 9 years ago lol oky i confess i stole it, and you know what they are kinda big, but really comfortable and classy. no wonder he wanted to wear it.