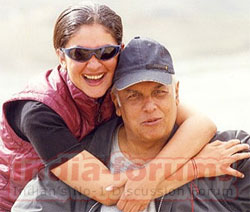 Mumbai, Sep 11 (IANS) Filmmaker Mahesh Bhatt, who scripted his daughter's latest film 'Dhokha' that puts the spotlight on terrorists and the fear in which Indian Muslims live, says this is his first political film.

'I've co-written with Shagufta Rafiq. As a Muslim, she shares the dread and fears of the Indian Muslim,' Bhatt, who has taken a break from direction, told IANS.

Starring newcomer Muzamil Ibrahim as a police officer along with Tulip Joshi, who plays his wife and suicide bomber, the disturbing drama got favourable reviews from the critics.

Asked him does he feel Islam is being misinterpreted, Bhatt said: 'Islam is a religion that doesn't condone the massacre of the innocent. Once the Prophet was asked what's the most blessed thing. He answered, to tell the truth to the oppressive ruler.'

Q: 'Dhokha', which you've written, sounds an alarmist note about the isolation of Muslims in India. 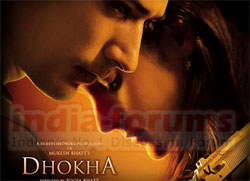 A: This sounds alarmist. But it's a reality brought on by the delaying tactics of the bureaucracy and the apathy of the police force, and not just after communal riots and post 9/11. This has been the case for a long time. But the apathy has been legitimised after King Bush (US president George W. Bush) turned his guns on the Muslims.

I feel the worst terrorist in the world doesn't live in Afghanistan, he lives in the White House. It's sad that our country has chosen to tie our apron strings to his policies. I shudder to think what price we'll have to pay for our affinity to Bush. I guess slavery comes in very attractive packages. The affluent elite has legitimised this kind of slavery. I'm willing to hang Osama on the streets of Mumbai provided you first let me hang Bush. According to me, they're both terrorists of the worst kind.

Q: Your writing in 'Dhokha' is patently political?

A: 'Dhokha' is my first political film, which I've co-written with Shagufta Rafiq. As Mulism she shares the dread and fears of the Indian Muslim.

Q: Do you feel Islam is being misinterpreted?

A: Islam is a religion that doesn't condone the massacre of the innocent. Once the Prophet was asked what's the most blessed thing. He answered, to tell the truth to the oppressive ruler.

'Dhokha' shows the mirrors to those brutes posing as custodians of Islam. It also put the government in the dock. Historically, government is the primary violator of human rights. First the government has to do some soul-searching before taking on terrorism. There cannot be peace without justice.