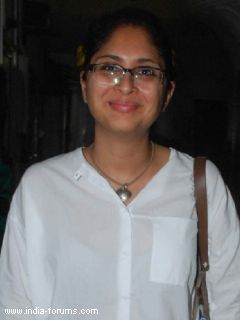 Kiran Rao's directorial debut "Dhobi Ghat" featured in the BAFTA Longlist in Film Not in the English Language category, but it has failed to make it to the top five list for the prestigious international award.

Set in Mumbai during the monsoon season, the movie revolves around intertwined lives of Aamir Khan (Arun in the lead role), Monica Dogra (NRI girl Shai) and Prateik (washerboy Munna).

The longlist is the result of round one of voting by members of the British Academy of Film and Television Arts members. It lists 15 contenders in each category, which are reduced to five for the final nominations.

The five films which will vie for the best foreign language film include "Incendies" (Canada), "Pina" (Germany), "Potiche" (France), "A Separation" (Iran) and "The Skin I Live In (Spain)".

"Dhobi Ghat" was produced by Aamir, who is known for keeping away from Indian award functions. But his films have been nominated for various international honours.

His debut production "Lagaan(2001)" was among the best foreign film Oscar nominations in 2002, but it failed to win the golden statuette. His acting project "Rang De Basanti", directed by Rakeysh Omprakash Mehra, was in top five nominations for best foreign language film category at BAFTA in 2007, but it lost the title to to Mexican film "Pan's Labyrinth".

The nominations for the BAFTA awards were announced in London early Tuesday morning. The presentation ceremony is to be held Feb 24.