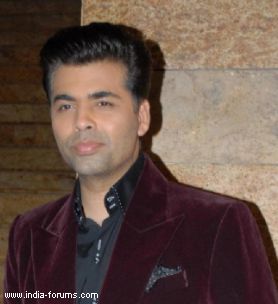 Filmmaker Karan Johar is excited that many of the youngsters who worked as assistant directors (AD) under his banner Dharma Productions are movie stars now.

"It is so great and exciting to see that all these kids are movie stars today. I think Dharma (Productions) has become the new training ground now," Karan said here Thursday.

He was speaking at the music launch of newcomer Armaan Jain's debut film "Lekar Hum Deewana Dil". Armaan, grandson of Raj Kapoor, had assisted Karan on films like "My Name Is Khan" and "Student of the Year".

Talking about Armaan and his film, the 42-year-old said, "I was so emotional when I saw his (Armaan) film for the first time because Armaan was the most sincere AD on the film ('My Name Is Khan')."

"In fact, he, Sidharth (Malhotra) and Varun (Dhawan) were Assistant Directors together on 'My Name Is Khan'. Even Arjun Kapoor has been an AD in Dharma Productions," he added.

While Varun and Sidharth assisted KJo on Shah Rukh Khan starrer "My Name Is Khan", Arjun assisted him on "Kal Ho Naa Ho".