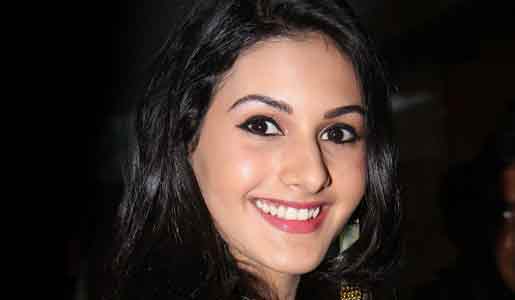 Actor Dhanush likes to surrender himself to a director's vision and only does what he's told to do, says Amyra Dastur, his co-star in upcoming Tamil film "Anegan".

"Dhanush is really a director's actor. He minds his own business and never tries to interfere. Not even once did he try to incorporate his ideas into the story. He listens to the director and does what he's told to do. I think that's so great," Amyra told IANS.

"So many actors have reached a point in their careers that they try to change things which a director might not like. You would never find Dhanush doing anything of that sort, she said.

Not only was Dhanush a "supportive" and "friendly" co-actor, he also helped Amyra get over her fear of the language.

"I didn't know a word of Tamil when I started shooting. I would fumble a lot with my lines. Dhanush would tell me that he struggled the same way when he entered Bollywood. That was so sweet of him and it gave me a lot of confidence," she said.

Amyra, known for her Hindi film "Issaq", is making her Tamil film debut with "Anegan". The Bollywood factor common between her and Dhanush helped them bond easily.

"Our Bollywood connect helped us to bond well. He gives me a lot of Bollywood gossip and also helped me understand the Tamil film industry better because I'm new and getting a lot of offers," she added.

"Anegan", directed by K.V Anand, is nearing completion with only about two weeks of shooting left.

Amyra plays a triple role in the film.

"I can't reveal much about my roles, but I play three different characters," said Amyra, who believes K.V. Anand is a great director.

"I didn't know he was a cinematographer before I met him. I have seen his films and I feel he makes them visually beautiful. When a film is visually beautiful, it tends to do well. Although he makes commercial film, there's something so different in them," she said.

"If we look at his film 'Maattrraan', you know it's a masala film but it's still so different and entertaining at the same time. I think that's what makes him a great director," she added.