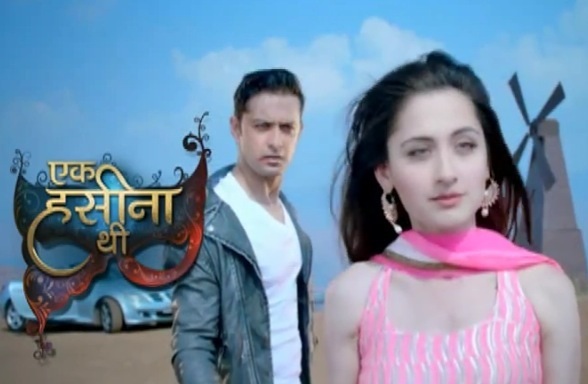 Cinevistaas' popular thriller series Ek Hasina Thi on Star Plus' is all set to bring forth some high twist and turns for its viewers in its upcoming tracks ahead where Durga (Sanjeeda Shaikh) will try to save Payal (Teena Chopra) from the evil eyes of the Goenkas and Dev (Bhuvnesh Maan).
Our source says, "In the upcoming track of the show, Shaurya (Vatsal Sheth) will assault Acharya who is the chief architect of the cancer project. Later in the meeting, the Thakurs and Goenkas decide to appoint Shaurya as the chief architect which was suggested by Ganguly. Durga realizes that Ganguly was once bribed by the Goenkas to turn the case against Payal. Durga now instructs Akash (Mihir Mishra) to fit spy cameras at Ganguly's house from where he informs Durga that he saw Shaurya bribing Ganguly. Later, Durga also comes to know that how Shaurya attacked Acharya."
Our source further adds, "On the other hand, Dev comes to know that Durga must be having the information about Payal so he decides to follow her whereas, Durga decides to shift Payal from the rehab center as she doesn't want Dev to see her. Further, Dev confronts her about Payal's whereabouts."
Will Durga be able to keep all the information of Payal hidden from Dev? The upcoming track of the show will unfold the answer to this question.
Anwesha Kamal
35 Likes

SanjeedasFan 6 years ago I love Sanjeeda Shaikh and I am watching EK HASINA THI ONLY FOR HER!

Mehek25 6 years ago Interesting thnigs are lined up in the show.

-ParamHolic- 6 years ago I want Durga to know that Dev is good :D