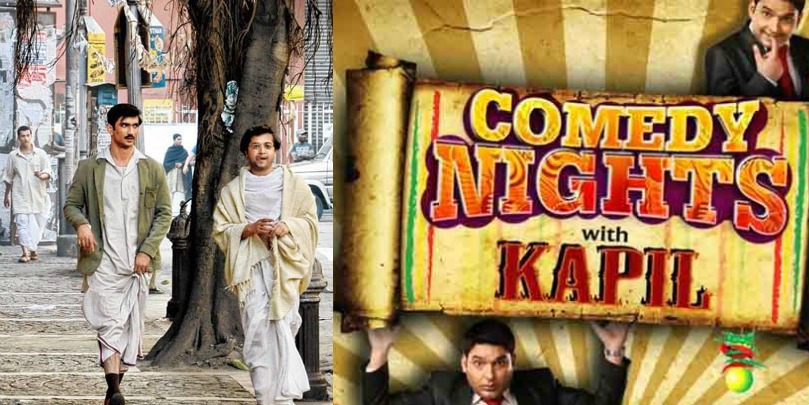 Colors' much loved and popular Comedy Nights with Kapil under SOL and K9 Productions, has always made its audience laugh with its comic acts and funny gags. The show has become a platform for various celebrities to promote their upcoming films.

Well, this time it will be popular actor Sushant Singh Rajput, who will be accompanied by his co-star of the film Anand Tiwari, for the promotion of his upcoming film Byomkesh Bakshi.

Our source informs us, â€œSushant will be portraying the character of Detective Byomkesh and will don the same attire and so will Anand Tiwari, he plays the character of Ajit in the film. The duo along with the Kapil Sharmaâ€™s family will be involved in solving a case but with a comical touch to it.â€

â€œSushant and Anand have shot for the episode long back,â€ further adds the source.

Indeed itâ€™s a good news for Sushant's fans to see him back on TV!

To know more keep reading this space for more updates!

9 years ago SRK u rock! and all the khans deserve an apology

chamak 9 years ago Love SRK... he is the bestest and dnt care about these damn people... u rockxxx...umaaahhh

Autumnleaves 9 years ago y only srk is detained always...salmaan and aamir has also KHAN as der surname
he deserves an apology !!! srk rocks

+ 3
9 years ago Indian Govt never does anything neither ever objects n it gets repeated every time.

+ 4
9 years ago hope Indian security also learns to be strict even when a politician/celeb comes for checking, instead of bowing down...

US has guts to enter countries to kill people, stop well known people n common people based on their religion, then say 'sorry' and keep repeating it, on the name of national security!

But atleast, their country isn't bombed every now n then like India!!!

SRK should refuse to go to US, it isn't like his movies won't work if he doesn't go there again.

+ 2
9 years ago srk was said to be doing a publicity stunt during MNIK but what happened now??????it is his goodness dat he didnt make fuss of it...he deserved an apology...
srk rox...luv u&lt;3

9 years ago This is getting too much! India needs to take a strong stand.
not only india i think everyone should take some action