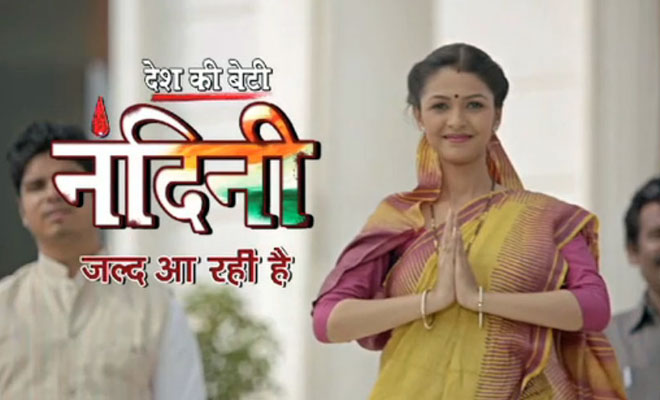 If you thought that political drama 'Desh Ki Beti Nandini' is becoming a saas-bahu saga, here is a news for you - the coming episode will see the lead actor being shot at a rally and it may force the female protagonist Nandini to take a plunge in politics.

'Desh Ki Beti Nandini' was launched as a political saga about the rise of a middle-class girl in the political arena.

In the episode, Gayatri Raghuvanshi, essayed by Sujata Sehgal, will send her son Rajveer, played by Rafi Malik, to a rally to represent her. But the situation at the rally goes out of control and Rajveer gets shot by someone, said a statement.

While Rajveer is deeply injured and hospitalized, his mother feels that this will favor her political career, it added.

-Serene.Rose- 6 years ago want to see how Nandini gets into politics, keerti Rafi doing fab job :)

Parm. 6 years ago Can't wait for Nandini to join politics. We've been waiting for this since the beginning of the show...

d.padmini 6 years ago Want JKR back in action, come on keerti and all the best

gs30jul 6 years ago If Rajveer is hurt why Nandini will take politics??? Both of them r not really interested in politics...luv to see nandini standing against GD

humak 6 years ago hope rajveer (rafi malik) should recover soon.it should not end the show with lead actor.

divya.d 6 years ago Really looking forward to see keerti nagpure (Nandini) as leader in the show... Keerti keep up the nice work dear ^_^