Delhi 6 released worldwide on Friday, February 20th, to a strong response at the box office 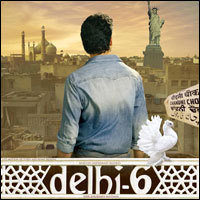 
The film grossed Rs. 27.50 crores in 3 days across 945 screens in India. This is higher than the opening weekend collections of blockbusters such as Jodhaa Akbar, Dostana and Taare Zameen Par, and the biggest opening ever for a solo Abhishek Bachchan starrer.


In North America, the opening weekend gross box office was more than USD 600,000 across 90 screens.


The Gulf market also opened strong with a gross box office of more than USD 380,000 in 4 days across 30 screens.