View Profile
Just one hit to her credit and Deepika Padukone is already creating waves in the film circuit. Be it with Ranbir Kapoor or without him, the actress has already become the cynosure of all eyes. Deepika Padukone unveiled the first look of her forthoming venture Chandni Chowk To China at a suburban multiplex. The film seems promising and will feature Deepika in different avtaars all through the film. 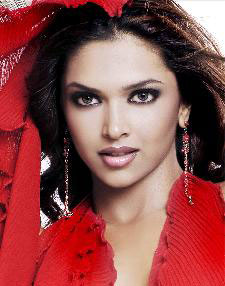 Not only fans thronged to just have a look at the actress but also there was pandemonium when the photographers went to click pictures of her. Security guards behaved very unruly and created ruckus. A frightened Deepika took shelter in the theatre halls and refused to come out after watching all these. The makers had to finally cajole the actress and bring her to face the shutterbugs once again.

Chandni Chowk to China is a R S Entertainment and Warner Bros film. It is being produced by Rohan Sippy and directed by Nikhil Advani. The film stars Akshay Kumar, Deepika Padukone, Mithun Chakraborty, Ranvir Shorey and Masumeh Makhija. But looking at the Deepika craze among the audience, the makers must have been thinking about depending on Deepika only for striking the hit string.