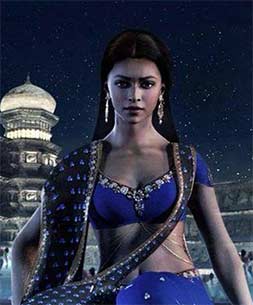 Deepika Padukone has always been athletic and sporting. Not one to shun any kind of physical challenge, she took on a fight sequence in "Kochadaiyaan" with the invincible Rajinikanth in the spirit of a challenge.

Deepika is said to have been so agile on her feet that it became difficult to make her defeat in the sequence look convincing.

Said a source: "The fight sequence where Deepika will be seen doing various forms of martial arts while challenging the mighty Rajinikanth's invincibility, has turned out to be one of the highlights of the film."

"Everyone in the team felt the fight between Rajiniji and Deepika was the film's highlight. So, it's being spotlighted as one of the film's USPs," added the source.

The film's director, Soundarya R. Ashwin, daughter of Rajinikanth, says the experience of shooting the sequence was exciting.

"It was great fun. We're sure it will be a highlight in the film," she said.