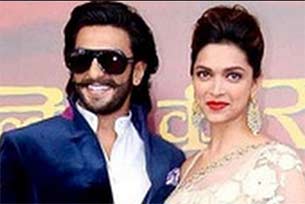 The casting of Ranveer and Deepika puts an end to months of speculation about who would play the role. Besides Ranveer, Shah Rukh Khan and Ajay Devgn were the strongest contenders for Bajirao's role.

As for Mastani, Kareena Kapoor and Katrina Kaif were also considered.

"Sanjay Leela Bhansali was keen on Deepika for Mastani's part. But she couldn't seem to accommodate the long schedules required for 'Bajirao Mastani', specially since she gave the nod to Karan Johar's 'Shuddhi' which would take up close to 150 shooting days," said a source.

However, later Deepika is said to have informed the director that she would be able to fit "Bajirao Mastani" into her schedule.