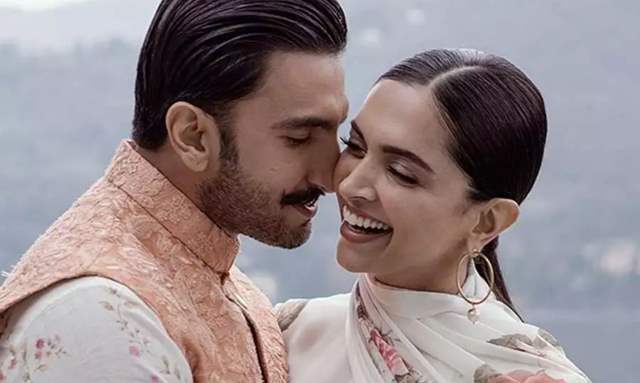 Today, Bollywood actor Ranveer Singh turned a year older and several Bollywood celebrities have showered him with wishes and blessings on social media. Meanwhile, fans have been wondering how Ranveer’s wife Deepika Padukone is planning to celebrate the special day.

And let us tell you, the actress never fails to surprise anyone.

Deepika has once again won hearts with her special and unique post-Ranveer. The actress shared a hilarious video on her husband Ranveer Singh’s birthday which had a touch of the current trend and the duo can be seen dancing to Yashraj Mukhate’s rap ‘Tuada Kutta Tommy’ which he had made on Shehnaaz Gill.

The lovebirds can be seen enjoying themselves in the video. Ranveer can be seen sporting an all-white look while Deepika looks stunning in her pastel green athleisure.

However, that’s not all!

According to a recent ETimes report, Deepika has also taken the day off from the shoot of her next, to spend the day with the birthday boy. The actress who is currently shooting for ‘Pathan’, had requested the production house to give her an off on July 6 — well in advance. The film also stars Shah Rukh Khan and John Abraham.

The report quoted a source from the unit, who informed, “Deepika commenced the shoot for the film on July 1 and had requested the production house to give her an off on July 6 — well in advance.”

No wonder, when it comes to grand romantic gestures to make your partner swoon, Ranveer Singh and Deepika Padukone are the uncrowned couple.

Meanwhile, the adorable couple will be seen sharing the screen space in Kabir Khan’s upcoming film 83’ and the news of their recent collaboration was nothing short of a surprise to their fans.

Deepika fell in love with Ranveer during the shoot of ‘Goliyon Ki Raasleela Ram-Leela’ (2013). For Ranveer, however, it was love at first sight. The two tied the knot in 2018 in Italy following a courtship of almost five years. They got engaged in 2014 four years before they exchanged nuptial vows, which was a fiercely- guarded secret.