Deepika Padukone has always maintained that Love Aaj Kal is her personal favorite from among all her works so far, but after watching Break Ke Baad, she is professing a love for that as well! (If you raised an eye, yeh, romantic comedies sure seem to be a thing for her!) 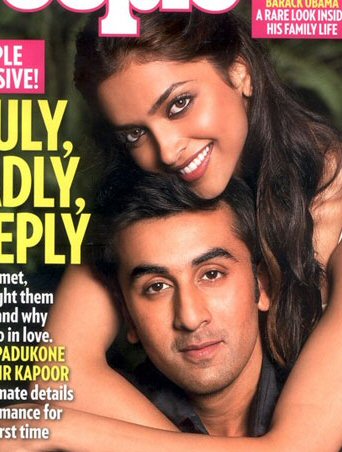 But not many know that Deepika initially had serious reservations about her character, Aaliya Khan?

Why so, we hear you ask.

Well, this is because the character Aaliya is of an aspiring actress with a commitment phobia, bearing an uncanny resemblance to, and in fact something suspiciously like a female version of Deepika's ex-beau, Ranbir Kapoor!

This catch in the character sketch made Deepika wary about agreeing to take on the role initiall because she wasn't sure she could do justice to it remaining unprejudiced, but as we all now know, Deeps did said yes! She reportedly used Ranbir as a reference point in playing the role, and buzz has it that certain of the actor's quirks have made it into the movie as well!

On a separate note, Deepika also revealed on a talk show that she has decided not to remove the tattoo on the back of her neck, the famous RK initials. Deepika got the ink at a peak in the couple's relationship, but even though the couple has parted ways, she confesses that she still wants to keep some memories of Ranbir.

Not moving on, or entirely over her past - Deepika is a hard mind to read! Meanwhile, watch out for the very promising Break Ke Baad!

Huma Qureshi Loses Cool; Says She has been 'Unnecessarily ...
37 minutes ago

2020 is Turing Out to be a Fruitful Year for Prabhas!
37 minutes ago