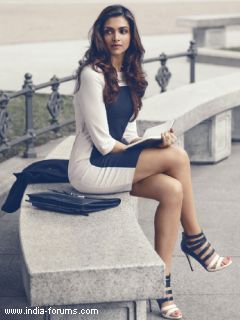 While Deepika was travelling with her parents in US and Europe, the pretty actress was in for a pleasant surprise.

Deepika Padukone, who was out of the country prepping for the line-up of films she kickstarts now; Imtiaz Ali's next with Ranbir Kapoor, Sanjay Leela Bhansali's next with Ranveer Singh and Piku, was approached by a lot of foreigners there to click photographs with her. So, it was not just the NRI's and the other Indians who wanted to be clicked with the pretty actress, but also others like the Japanese, Africans, and Germans.

The actress whose popularity is not limited to boundaries happily posed with all those who approached her to share a picture moment with her while she was there.

Deepika will start shooting for her next film Tamasha with Ranbir Kapoor, directed by Imtiaz Ali. It is about a month long shooting schedule in South of France.
10 Likes