Deepanshu Madan a model turned actor who stepped into television with Star One's, Horror Night's had to quit his promising career of Banking and Finance to accomplish his passion in acting. 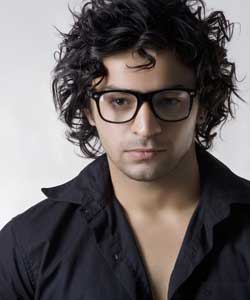 Deepanshu Madan a self made man sharing his take on his passion towards acting asserted, "I was completely into Banking and Finance for past 4-5 years and was working for an international company. But post modeling projects my career took a steep turn and I developed a liking towards acting. So I have planned my life well and so hold no regrets about the same."

When inquired whether he is in for some specific kinds of roles he asserted, "I'm open to play any kind of character. I want to come out of my shell and experiment on anything new and challenging that comes my way."

Talking about the uncertainty of the industry he said, "I'm very well aware about the scenario. I have enough contacts and  backing of my previous career if things work out the way i have planned I'll get back to banking again. But I trust Rupesh Sonar who really got me into this industry."

As Deepanshu is a Delhi boy when asked how much he is enjoying the lifestyle in Mumbai he said, "I love Mumbai and it's very challenging as well as a competitive city. So it's suiting my personality trait and I'm really very happy. Also once I get settled plans are on to get my mother and brother in this city so that we can live together."

So we wish him all the luck for his career in the industry.

Zoa Morani on being diagnosed with Coronavirus: It was a slap on my ...

vj100 10 years ago I am also have talent of acting and need chance to show it. Is any one give me chance reply my. And bro you are luck one. All the best

arjun_karan 10 years ago sushantrockzzzz
and the point of this article is?
is the reporter friends with this guy to simply promote him?
anywayz, not to sound horrible. all the best dude, but im sorry, this was just sad reporting on the IF part

I COMPLETELY AGREE REALLY SAD REPORTING IF HE WANTS WORK GO APPROACH PRODUCTION HOUSES OR AUDITOIN WHATEVER .. IF IS TURNING INTO RESUME ARTICLES LOLL ..... WHATEVER

radhika_chadha 10 years ago Wishing you all the best for a great future ahead :)

Raulmaddy 10 years ago i wish you all the best dude :)
people like you should be given a chance, knowing that you dont belong to a starry backgrnd, you left your promising career for this field which is uncertain, its like playing bluff on a teen patti table... !! but i wish you luck !!
@pamagie... i believe that everyone should be given a chance, we wont get any good by discriminating or writing bad abt the other person, all we can do is wish them luck :)

shreyasigupta 10 years ago i think its a very good article.....nd also i disagree with the previous comment....ppl like deepanshu shud be acknowledged even more often, so that others can know even a "non star kid" holds the potential to be the best.....
Good going deepanshu!!!
God bless you.... :)

sushantrockzzzz 10 years ago and the point of this article is?
is the reporter friends with this guy to simply promote him?
anywayz, not to sound horrible. all the best dude, but im sorry, this was just sad reporting on the IF part

+ 3
12 years ago thanks for the post. I watched jaya-hema malini in coffee with kjo show..she looks like restricted to answer to some extent only...she was cute, beautiful..Now really old...I liked her daughter...too possessive.

12 years ago Amitabh & Jaya may not look like jodi made in heaven but they were just amazing together in films like Abhimaan & Silsila!