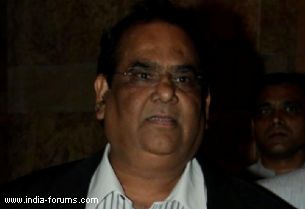 Filmmakers Satish Kaushik and Dev Benegal's "Dead, End" has been selected amongst 29 scripts from 11 countries to be funded at the "Hongkong-Asia Film Financing Forum (HAF).

"Mine and Dev Benegal's script 'Dead, End' has been selected in Hongkong-Asia Film Financing Forum...29 scripts from 11 countries to be showcased," tweeted Kaushik.

"Investors, sales agents, producers and distributors from all over the world will attend HAF to fund these script for (the) international market," he further posted.

The film revolves around the story on a man who was declared dead on paper.

The forum, that connects Asian filmmakers and their upcoming film projects with film financiers worldwide, will be held from March 24-26 at the Hong Kong convention and exhibition center.

They Kept Denying It But Kriti Sanon Was Dating Sushant ...
39 minutes ago