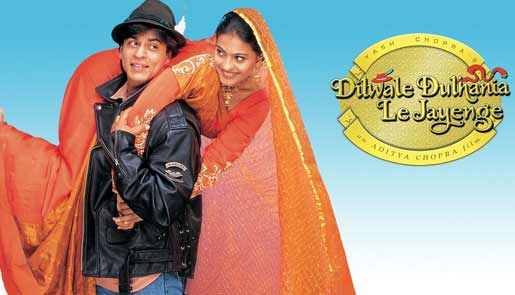 "Dilwale Dulhania Le Jayenge" (DDLJ) will continue to be screened at the iconic Maratha Mandir theatre here for at least another week. After a meeting, scheduled for Wednesday, among the theatre's management and Yash Raj Films, the screening of the blockbuster might extend for another seven or eight weeks.

Two decades after its first show at the theatre, the Shah Rukh Khan and Kajol-starrer 1995 superhit is continuing its screening here until Wednesday. It was earlier reported that the film will stop screening Thursday but due to public demand, the screening has been continued.

"The screening for the film has been extended for a week. We have a meeting with Yash Raj Films on Wednesday, after which, the screening might be extended for another seven or eight weeks," Manoj Desai, managing director of Maratha Mandir, told IANS.

Due to reports of the film's screening coming to an end, the turnout was a little less Friday but Desai insists the turnout on Saturday will be "higher".

"The turnout on Friday was less due to the news of the screening being stopped but we're expecting a higher turnout for tomorrow's (Saturday) show," he said.

"DDLJ" is the story of a fun loving London-bred Punjabi boy Raj (Shah Rukh), and an NRI simpleton Simran (Kajol) who fall in love during a European tour. Love blossoms between them, but winning over the girl's conservative family is not a cakewalk for the hero, who then makes every effort to take his 'dulhania' (bride) with him.