View Profile
‘DAUGHTER…..a gorgeous feeling of love’ is a film by Tanvi Productions. This film is an attempt from a production house that aspires to make films with special focus on hope,emotions,art, entertainment and society. ‘DAUGHTER’ is  their third issue and com

Carrying forward their tradition this melodious film hopes to move people into a world of realization of emotions and gorgeous feeling of love.

The word ‘Daughter’  is a symbol of love, bonding, innocence and belonging in a family. It brings a world of happiness to a home.

The film is a story of one such daughter named ‘Rucha’, who as an orphan comes to orphanage and accept it as her home. Then comes a time when she feels strongly aboutWhat is a home? What are relationships? What role relationships play in a society? Would she be ever be able to step out of this orphanage and blossom in someone’s home as a daughter?

Then, comes a turning point in her life where a family adopts her. It’s Sudharshan Shastri (Vikram Gokhale) and his family- wife Kalyani (Reema Lagoo), elder son Mohit (Ayub Khan), daughter-in-law Bhumika (Padmini Kolhapuri), younger son Rohit (Vinod Singh) and his friend Mahak(Smita) help Rucha to realize what home is all about?

The movie throws light upon the thoughts that run in the mind of adopted child’s mind? How do the members of the family behave with such a child? This is a thought provoking film that hopes to awake every citizen of the society about the issue- ‘Adoption’, which is a huge responsibility still so easily, accomplished.
Says Vinod Singh “the concept of the movie is really very nice, infact we have shooted it very well but, I don’t know whether it will work or not on the box office” 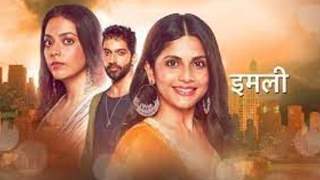 Will Atharva confess his feeling to Cheeni?