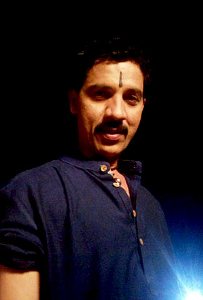 SAB TV's LapataGanj is heading for the most memorable wedding of Bijji Pandey (Abbas Khan) and Surili (Preeti Amin), and as a part of this, a few new entries are expected in the show.

One of the important person in the entry list is none other than, Free Pandey, Bijji Pandey's father.

A source informs, "Darpan Shrivastava, who had done cameos in shows like Imagine TV's Baba Aiso Varr Dhundo and Colors' Laagi Tujhse Lagan, will now essay the role of Free Pandey in Lapataganj. Free Pandey is a person whose main concern is just his tenders of construction. He enjoys everything that he gets for free."

Darpan has already started his shoot from today.

We contacted Darpan and he commented, "I will essay Bijji Pandey's father in the show and I have no further idea about my character as it's my first day of shoot."

Guess Bijji-Surili's wedding is going to be a memorable one for sure!

9 years ago thanx fr nice news. Bt there is no interest in this show