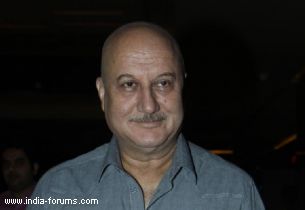 Actor Anupam Kher, who will be seen in multiple films this year, has already picked his favourite. He says Yash Raj Films' "Daawat-e-Ishq" is one of the best.

"Now that 'Daawat-e-Ishq' shooting is almost coming to an end, I can proudly say that it is one of the best films of 2014," the seasoned actor tweeted Tuesday.

Apart from "Daawat-e-Ishq", Anupam will be seen in movies like "Total Siyappa", "O Teri" and "Gang of Ghosts" this year.