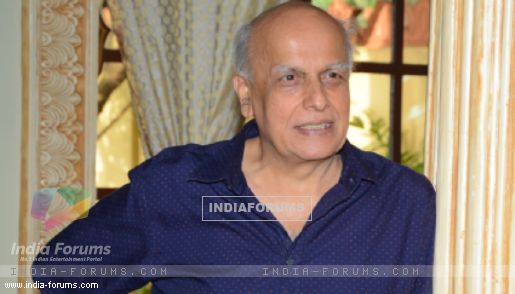 He is one of the few names in the Hindi film industry who has always been vocal about strengthening ties between India and Pakistan. And now filmmaker Mahesh Bhatt says as the two nations share a similar lifestyle, it won't be wrong to explore cultural space to curate the bitterness.

"I have always been crusading for India-Pakistan cultural ties and I feel that the cultural space can do a lot to curate the bitterness that exists between the two countries since their birth," Bhatt told IANS in an interview here.

Pointing out the similarities between the two countries, he said, "Business and lifestyle of both the regions are similar".

"There is a kind of exotic attribute to Pakistan lifestyle because they have got that 'tehzeeb' and edge so that is something that will surely be appreciated here.

"I have always believed like the father of the nation that only when India and Pakistan walk through the roads of time like two brothers will the world be a peaceful place to live in. More power to all those who support this vision."

He was in the capital for a fashion show, a prelude to the four-day ongoing lifestyle exposition Alishan Pakistan, organised to support the cause of the girl child.

He not only supported the cause but also walked the ramp for Pakistan textile brand Lala who has collaborated with an NGO, Samarpan Foundation, to promote the rights of the girl child.

Bhatt, whose 1998 film "Zakhm" talked about the communal tension between Hindu and Muslim communities, is confident that the current government will try to improve ties between the two nations.

"When our Prime Minister Narendra Modi invited Nawaz Sharif (Prime Minister of Pakistan) for his swearing in ceremony, there was certainly an indication that there is no looking back from the path of peace," said Bhatt.

"And with all my political ideologies differing the same, I was compelled to applaud his brave gesture. Now with the majority the present government has got, there would be certainly a lot more done on the India-Pakistan front than it was done by UPA government," he added.

Having contributed to Bollywood for around four decades, the moviemaker is also known for landmark films like "Arth", "Saraansh", "Zakhm" and "Sadak". It was also reported that his 1982 film "Arth" will be remade in Urdu in Pakistan.