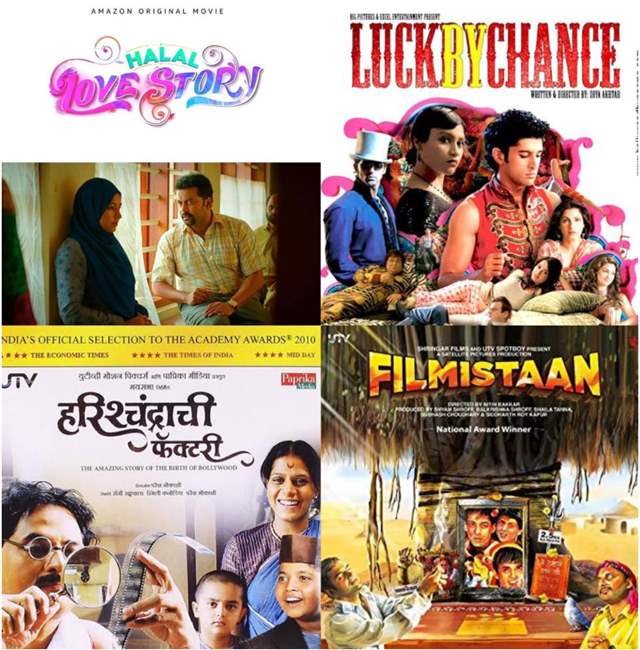 Some projects are created in a way, that is not just beautiful but also, artistically thought-provoking with their concept. Ever wondered what goes behind those perfect camera shots? Well, an entire army of talented people and if you want to watch the process of film-making in a film, captured intrinsically as well as having critical acclaim to its credit then these are the top picks for you.

Filmstaan: The Nitin Kakkar directorial celebrates the power of cinema. It's not a dull moment in the entire film and mixing genres by giving the perfect Bollywood film, this isn't worth a miss. The story is about how Sunny is taken hostage by a group of extremists who think they have bagged a member of the American media. Comparing his camera equipment with his abductors’ guns, the ebullient Sunny tries to highlight the similarities in their professions. “You shoot; we also shoot,” he explains. “You use magazines; so do we.”

Halal Love Story: The upcoming offering of Amazon has been making headlines since its announcement and by the promising trailer and star cast, this one's not worth a miss! This will make you laugh until your belly hurts and show you some great unseen aspects of film making too. The Malayalam movie also shows the different hurdles in the path and how to overcome them and much more. The film will release on October 15th exclusively on Amazon Prime Video.

Harishchandrachi Factory: This Marathi film is a classic and not to be missed out on. The film is India's official entry for Oscar's foreign-language film competition. Harishchandrachi Factory" is a complete delight. The film tells the story of Dadasaheb Phalke, often referred to as the father of Indian cinema, and how he came to make the first Indian film in 1913.

Luck by Chance: This is once again a classic which has showcased a lot of unseen aspects back in the day and how along with hard work, luck also matters. The film was Zoya Akhtar's directorial debut and worked great at the box office. We rarely have a realistic, entertaining film about the film industry and this one's surely on the list of having one.

These timeless classics have made it special in the pages of history and are a must-watch for everyone to learn much more about film making and the various aspects. This list is your go-to when you are looking for quality cinema and an artistic eye!