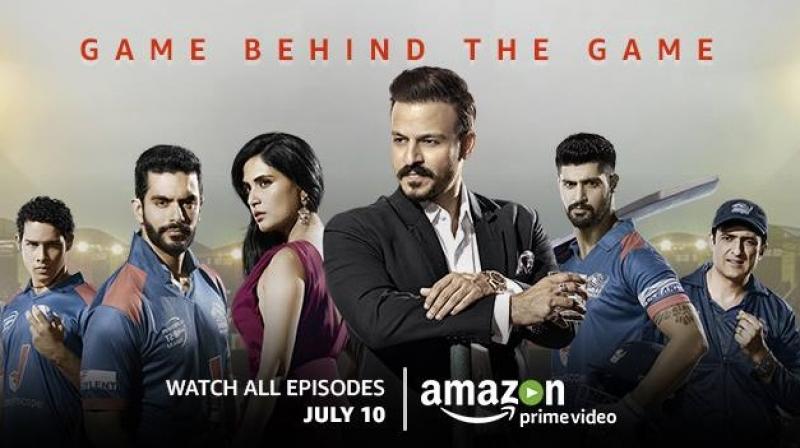 Cricket coach Prashant Shetty has been roped in for Inside Edge to make the characters of the show understand the nuances of the game.
The ace coach Prashant, has coached U-19 India team and many others.
The makers of Inside Edge are making sure to bring reality on the screen by bringing in a real-life coach for the cricket scenes in the show.
The recently released 'Vayu Raghvan' character promo is the testament to the fact that Prashant Shetty's involvement in coaching onscreen cricketers in the show has worked well.
The characters have picked up the nuances of cricketers very well and are in the skin of their characters.
Inside Edge not only presents an intense game of cricket but also highlights the glamorous life of cricketers, off the field and what all happens behind the game.
Inside Edge is a web series launched by Excel Media & Entertainment in association with Amazon Prime Video.
Inside Edge is helmed by Karan Anshuman and has Vivek Oberoi, Richa Chadha, Sanjay Suri, Angad Bedi, Tanuj Virwani, Siddhanth Chaturvedi, Sarah Jane Dias, Sayani Gupta and Amit Sial playing pivotal roles.
Excel Media & Entertainment, a division of Excel Entertainment, one of the leading production houses of Bollywood that is widely known for their much-acclaimed films like Dil Chahta Hai, Lakshya, Rock On, Dil Dhadakne Do and Zindagi Na Milegi Dobara, will be collaborating with Amazon Prime Video to develop original content for the OTT service!  This association marks the first of its kind wherein one of India's leading production houses will join hands with world's leading OTT content providers.
0 Likes

Undekhi: The crime-thriller will keep you at the Edge of your Seat!

Netflix's 'Killer Inside: The Mind of Aaron Hernandez' In Emmys ...