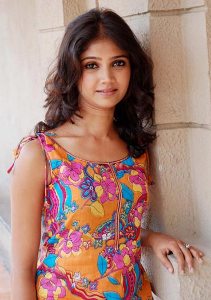 Our telly celebs have been on the receiving end of rumours umpteen number of times. Our Wednesday column tries to find out the reaction of Telly celebs towards the craziest rumors they have even heard about themselves. This week we have Ratan Rajput with us, who rose to fame with the popular tv show Agle Janam Mohe Bititya Hi Kijo and Swayamvar Season 3 - Ratan Ka Rishta.

Let's see what Ratan has to share about the craziest rumor she has heard about herself.

Ratan says, "The craziest rumor I have ever heard about myself was that Abhishek Rawat and I were going around. No one familiar to the both of us took this seriously. I would like to ask the person behind spreading such rumors that what is so beneficial for them to publish such kinds of news? As a celebrity, one has to get used to facing such rumors. Rumors are very normal for celebs."

Talking about when she looks back at the rumor, Ratan further added, "I just smile when I think about the rumor. It was already published by many newspapers and magazines. So, nothing much can except taking it in your stride and to smile. When you know it's a Rumor, you cannot do much about it."

+ 3
8 years ago im not a fan of her, but i think some comments here are horrible. who are we all to judge and insult people we don't even know! seriously, where has humanity gone in this world!

+ 2
8 years ago yeah nd the craziest rumour we heard about you was your whole damn nautanki called swayamvar...

+ 4
8 years ago Well it might not be a rumour lolz...Anyways even Swayamvar rumour is old tell us something new and more interesting...Fake!!

+ 2
8 years ago i dnt understand why do people comment on every article of hers to say such nasty and disgraceful things if u dnt bludy like her dnt comment... idiots get a lyf

8 years ago The craziest rumor is that Ratan has had an injection of humanity and now cured Ratan thinks more of her self respect and her fans then money!

+ 4
8 years ago who wants to talk about you nasty Ratan? i don't even want to take your name on my tongue because it gives a bad taste ..

+ 4
8 years ago Rakhi sawant is 10 times better den her.. atleast she does'nt fake nd pretend to be a Sati Savitra like Ratan Rajpoot..

+ 3
8 years ago oh God...i dont understand who is that jobless person spreading YOUR rumor?

srsly?? *gulp* ppl dont have any work rather than spreading rumors abt u