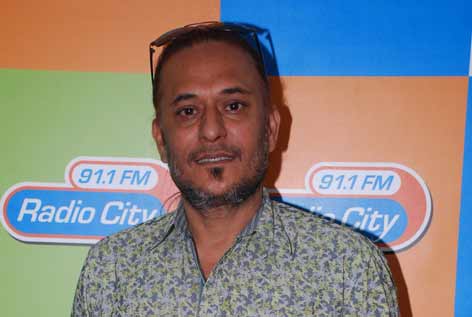 Tochi Raina believes artists in Bollywood get enough publicity and marketing, but it is the pool of quality independent talent across the country which needs corporate backing.

Raina is popular for having crooned songs like "Kabira" from the film "Yeh Jawaani Hai Deewani" and "Pardesi" from "Dev D", also has a band of his own.

Corporate houses must look in terms of funding these singers, he believes.

"There are no means to market these individual artists, whereas Bollywood has a lot more when it comes to marketing and publicity. I guess corporates should really come forward to help these artists and hopefully in the coming years," he said.

Raina, who hails from Patiala in Punjab, comes from a family of musicians and took to singing naturally.

"I was born in a musical family as my father my grandparents were always into music. I came to Delhi to pursue my career, but I came to Mumbai only when my wife suggested that I should. I think she had the trust and confidence that I can make it big here," he said.

The 48-year-old says that knowing the background of a song which he is expected to sing, is mandatory for him to give it his best shot.

"It is very important to know the story and the star cast of the film (for which the song is). It used to happen years back too and I guess that's one major reason that those songs are still remembered.

"A singer can really contribute much more to the song if he or she knows the story and cast. It helps you express the song more beautifully," said Raina, who also has tracks like "Saibo" and "Iktara" to his credit.

The singer won a Global Indian Music Academy award for the best duet with Rekha Bhardwaj for his song "Kabira" last month.

As of now, he is working on few individual albums with his band, Band of Bandagi.